Show off your games, demos and other (playable) creations.
Post Reply
5 posts • Page 1 of 1

Made in "0 hours" (2am tonight until 2am tonight, because of DST.. so actually 1 hour

). Ridiculously simple shooter thing but that's okay because it was made in 1 hour. I probably could have been faster and got more things done but oh well.

wasd for moving, space to fire, mouse to aim.

I'll work on it a bit more later to make it more what I had in mind in the first place (I ran out of time), and I'll post the new version as well. 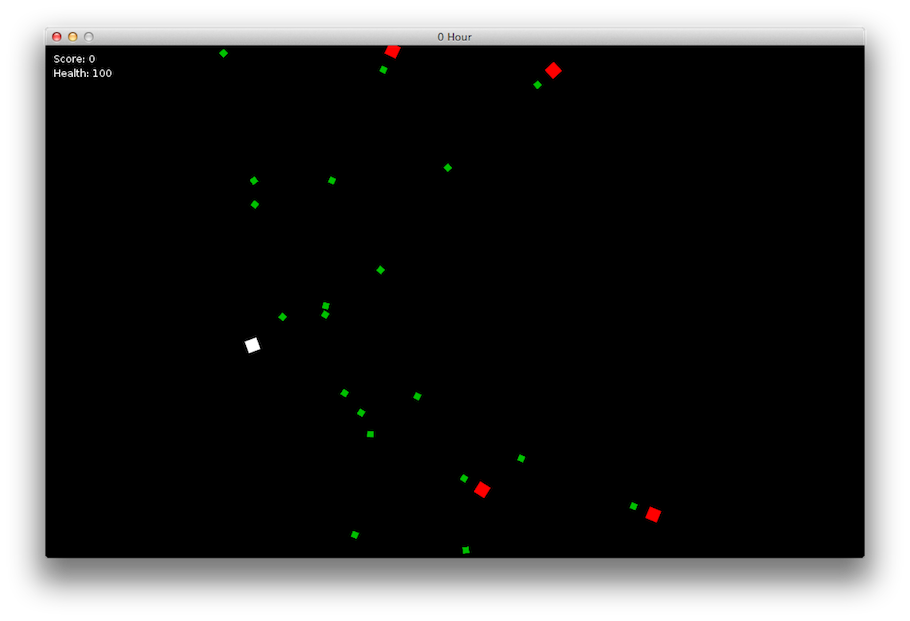 I think your "0 Hour" experience coding was enjoyable in my "0 Minute" gameplay. The shoot physics are very nice and this have some touch and look of be an indie arty shooter. Only two complaints or lack of features that make me feel this demo as an incomplete game:
1 - No off-screen detection/limits.
2 - Not use instead an alternative "sight". That's because It's hard to realize that the mouse is actually used as aiming sight.

If you want continue this I suggest that since the mouse is used for sighting it would be more logical and intuitive use mouse button too instead of space key to shoot (keys to move/mouse to aim & shoot).

Nice, for a game done in an hour. By the way, when I press escape it tries to call "quit" and errors.
Help us help you: attach a .love.
Top

coffee: yeah, there are a lot of things I could do to make it feel more complete and polished. I have no idea why I made space fire, I realized that was really dumb like a minute after it ended. :/

Haha, awesome! It's funny how similar ours look. I guess green and red are goto good and evil colors.

Here's my entry, although it seems like it didnt actually get submitted properly to the official 0hgame.eu site: