Show off your games, demos and other (playable) creations.
Post Reply
3 posts • Page 1 of 1

My university's Computer Science society recently ran a 24 hour game jam with the theme of "Time". I worked on a game in Phaser with a team of 3 others and then when I got frustrated with JavaScript would work an hour on Falcon Land in LOVE!

This game doesn't fit the theme at all, but one of the modifiers was "Elon Musk" and there's a timer, so, it sort of does. A little. Or not at all.

Story
In the not so distant future Elon Musk seeks funds to colonise Mars... who else to turn to but businessman and (former?) President Donald Trump! "US government will funding of you if return Roadster to earth!" says he. And Elon accepts. 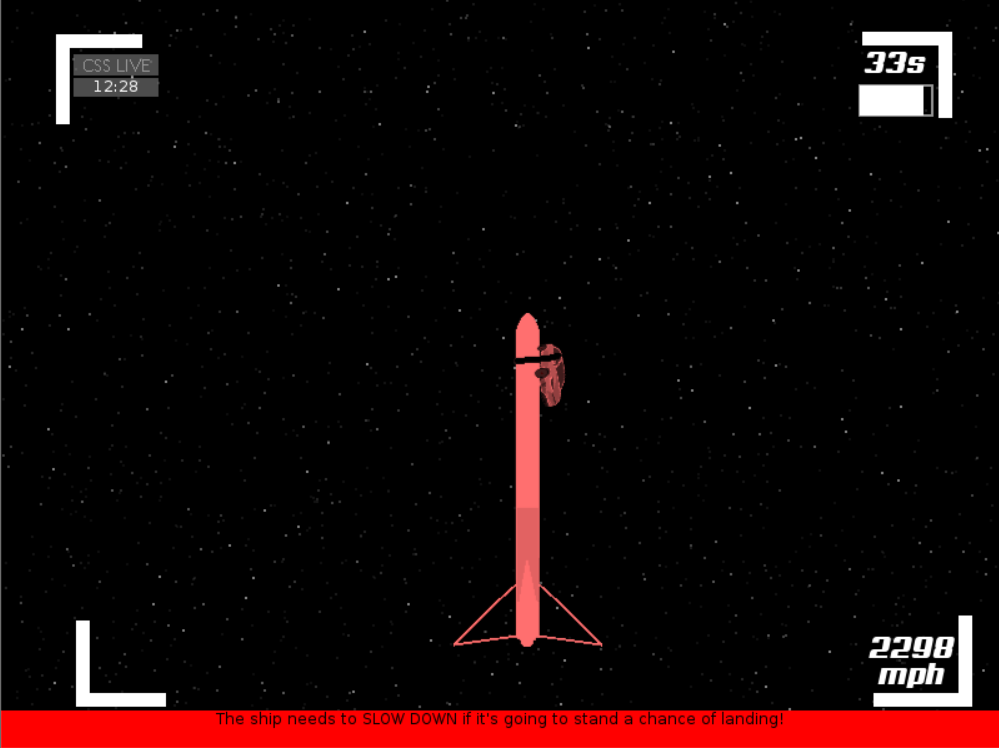 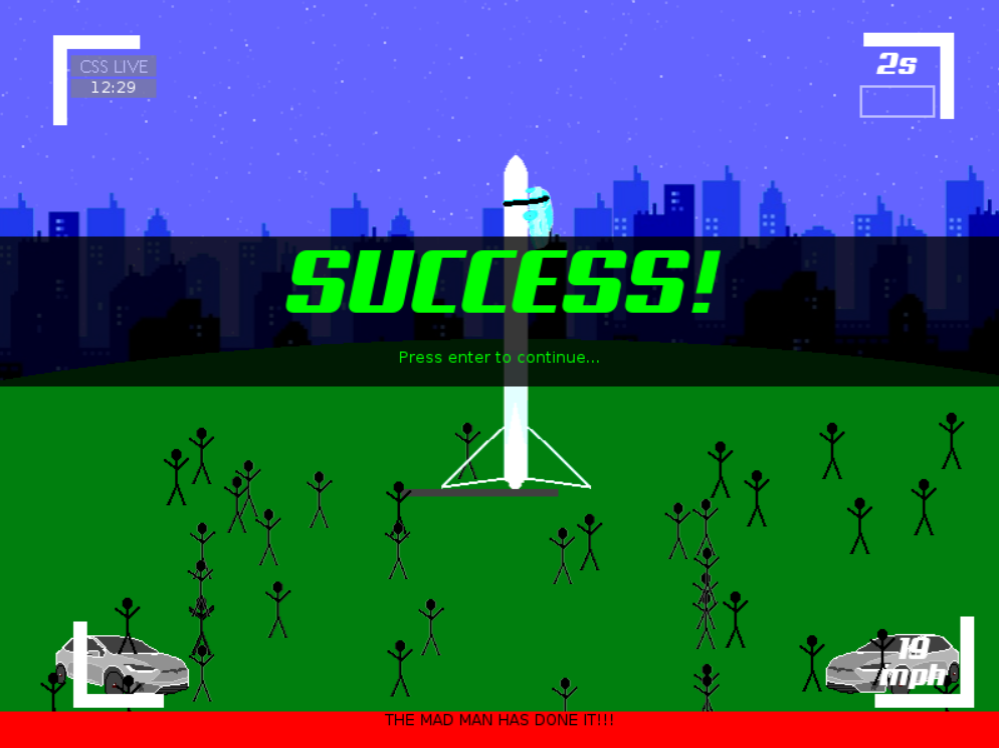 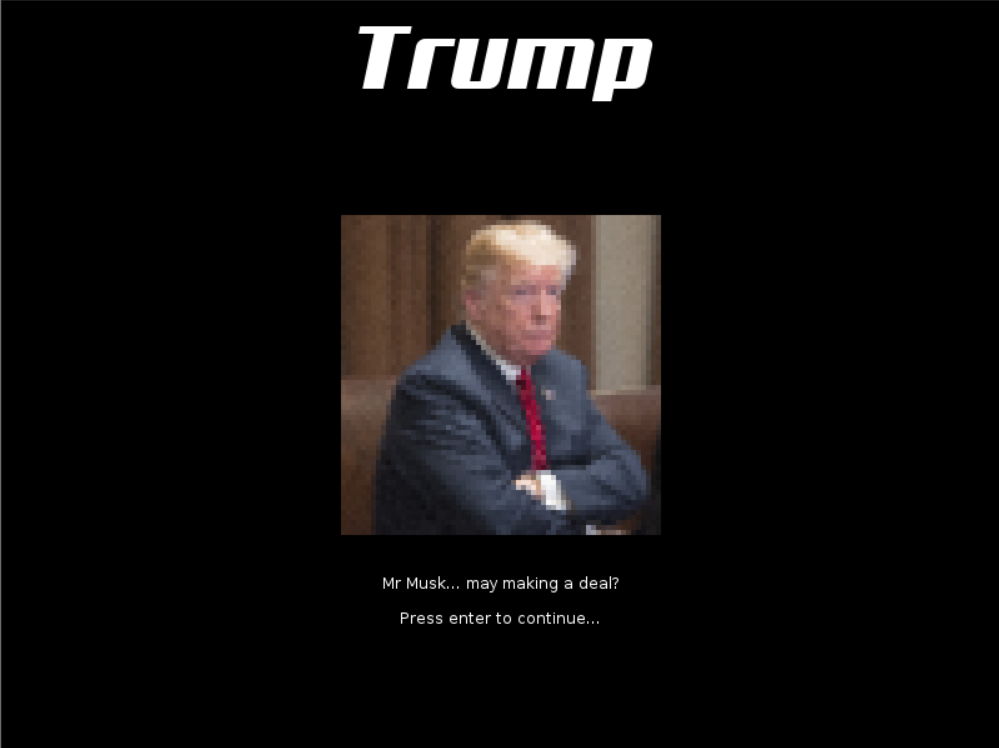 Questions asked during presentation
One of my other project team mates: How did you find the time to work on two games at once?
Answer: Because I'm that amazing, obviously.

One of the voice actors: When do I get paid?
Answer: When I do, so, never.

The best part of this game is Elon Musk voice.
Perhaps you should change Trump voice to frog voice :-D
Top

Haha nice. All voices are from random participants in the jam. I'd ask someone I know to speak the line then I'd apply a bit crush effect. Even the cheers or boos!
Website: http://peb.si
Twitter: @Pebsiee http://twitter.com/pebsiee
Steam: pebsie
Top
Post Reply
3 posts • Page 1 of 1