Show off your games, demos and other (playable) creations.
Post Reply
6 posts • Page 1 of 1

I've been working on this game for the last weeks, investing my free time after work, mostly debugging and trying to make a base game, in order to just add new maps created with Tiled. In the future, I want to fork this code to create a "platformer template", useful for gamejams or just another game.

Gravtius is a gravity-based platformer, mostly inspired on VVVVVV mechanics. It started as a learning project and experiment, but now it's a full playable game. Currently on development, today I released the first alpha. There is still some buggy things, like music, and it should be memory-optimized, but I'm working on it. 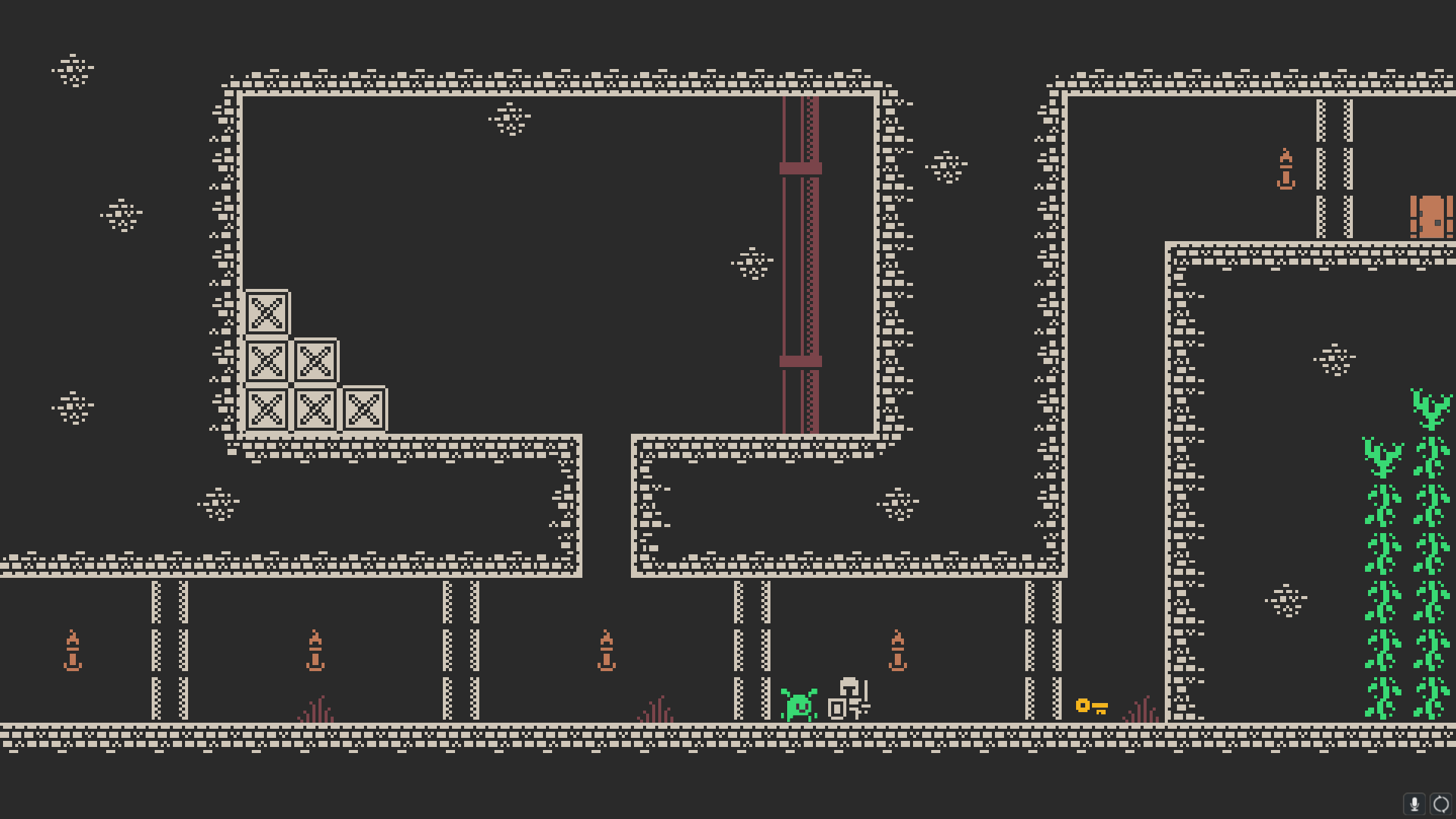 You can get it on Itch.io for FREE!

(limited offer for my belöved friends

Hope you like it! More rooms are coming!
itch.io profile - When I'm uploading my works and devblogs
GitHub - All my code is here!
Horchata - A set of Lua modules I wrote to make some task easier
Top

Yes, the title of your post alone got me saying: "VVVVVV"

I personally think that the music is the selling point. It makes me feel like I'm casually solving problems in a fun way. VVVVVV in contrast has a very heavy-atmospheric music (which, of course is understandable given its storyline).

I don't know what's causing the movement controls to be clunky, but I hope you continue on polishing this project. It's a fun game.
Top

About the music, I'm looking for something better, at least more atmospheric, it's a point on the alpha 2 milestone. About the controls, actually it works with physics and impulses, but I need to tune it. Thanks for your comments!

itch.io profile - When I'm uploading my works and devblogs
GitHub - All my code is here!
Horchata - A set of Lua modules I wrote to make some task easier
Top

I went to the door without a key and...

When leaning against a wall, you can invert gravity and sometimes even move to the opposite wall. Is that supposed to happen?

In level 3, when I press space without otherwise moving at all, I am stopped at the top of the door.

On game over, when I return to the menu, the in-game music keeps playing and intermixes with the menu music. This only happened once; it worked fine the rest of the time.
Thrust II Reloaded - GifLoad for Löve - GSpöt GUI - My NotABug.org repositories - portland (mobile orientation)
Top

Uh, I should write a bunch of more specific tests, I guess. Added it to my board!

The wall issue, currently is some kind of glitch, I'm trying to fix. Same for the level 3 door issue.

And the music, I don't know why it happens only on this specific scenario, to be honest. Still trying to fix it. This and some other fixes will come with the next alpha release.
itch.io profile - When I'm uploading my works and devblogs
GitHub - All my code is here!
Horchata - A set of Lua modules I wrote to make some task easier
Top

I'd seen that tileset in the itch.io asset store, i really like it, glad is being put to good use.
Top
Post Reply
6 posts • Page 1 of 1