Exactly what i meant by me not being the end-user; me releasing this as a lib will mean others may do just that; use it in their games, or do basically whatever they might want to.

Jasoco wrote:Hotline Miami is perfectly possible. As long as you know how to do it. It's actually quite simple when you break it down. It's just all the work. Don't expect to just spit one out in a few hours. (I'm sure the real game took a long time even in GameMaker.)

Just don't try and copy it. Make your own game using the same kind of play style. There have actually been a few games that use the same top-down twitch-reaction gameplay that HM used. I don't remember their names, but there was a western game with a blueprint style and a more recent one somewhere.

Oh no! I would never copy it although I loved it.
I just wanted to know if it was possible to make those things in Löve

I'm new to game dev and I was wondering if different engine = different features.

That's why I was considering unity 2d too.
But I'm liking Löve a lot so far

Yes it is possible, but hard.
I make top down shooter like Hotline: 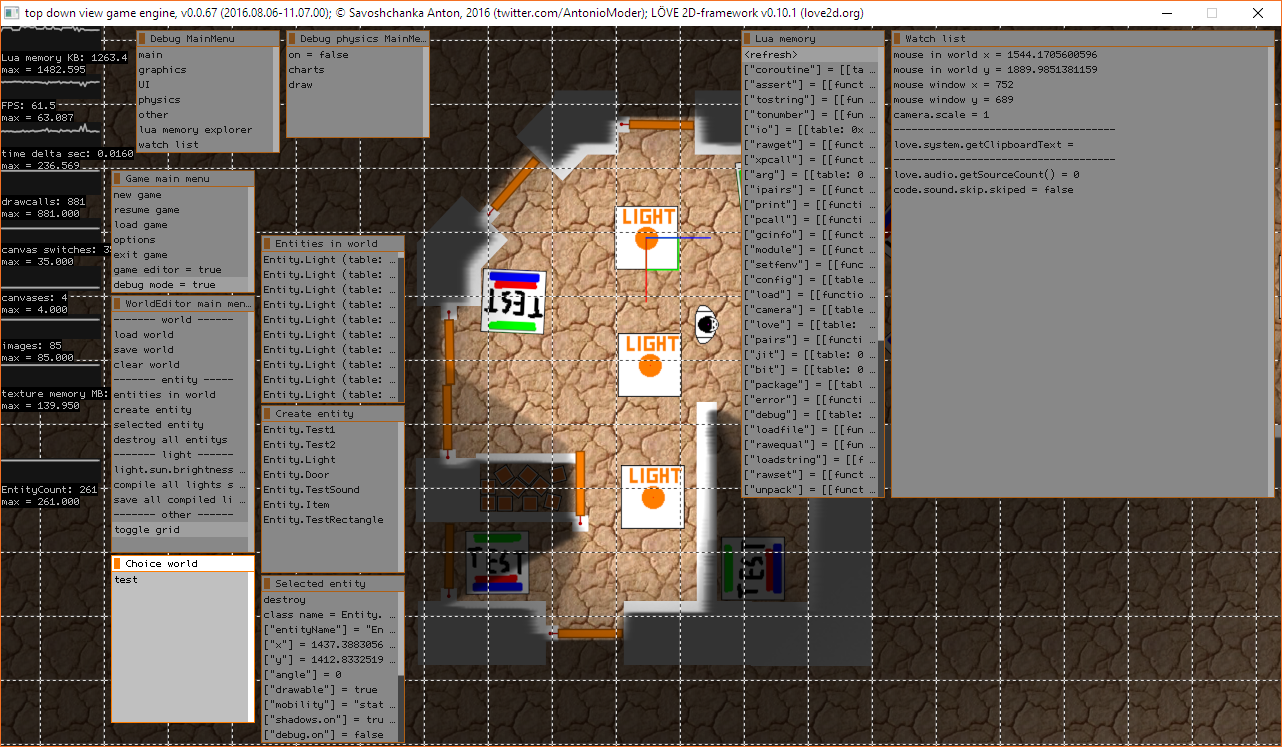 I wouldn't say it's harder than with GameMaker itself. It's not immediately apparent, but the thing is only slightly less barebones than LÖVE. When you open it up you're presented with a blank IDE and what amounts to a blank map editor (very simplistic one) and a blank code editor. It has no utilities to facilitate with platforming, or top-down navigation, or RPG character progression, or anything really. You make games from scratch the same way you do with LÖVE.
Top
Post Reply
16 posts

Users browsing this forum: No registered users and 13 guests