Showcase your libraries, tools and other projects that help your fellow love users.
Post Reply
45 posts

Hmm, doesn't work right for me on OS X using the "Xbox 360 Controller Driver". All the buttons return the wrong values.

For instance:
The right stick doesn't work right at all (Well, it does.. but it doesn't... When idle, right stick is at -178deg, When moving up or down it activates the Left and Right triggers for some reason, also there's a red line between both sticks that moves up and down when I tilt it left or right.)
Left stick works fine
D-Pad returns the X, Y, A and B buttons (Right = Y, Left = X, Up = A, Down = B)
Clicking the sticks does Back (Left stick) and Start (Right stick) instead
Start and Back do Left and Right Bumpers respectively
The bumpers do the left and right Sticks respectively
Triggers do nothing (Actually, the left trigger will make the right stick change from ~-180deg to ~0deg)
Neither does pressing A, B, X and Y
Nothing at all makes the D-Pad light up

If you need me to help figure out how to get it working, I will do my best, but the above is a list of all the problems.

Kinda sad. But hopefully you can fix it. I'd love to start implementing Xbox controller support into my game.

I made a useless video to help you out!

This is my Twitter. I say funny things sometimes.
You can get in the car and you can drive the car, but when you get to the Circus, it's always closed and all the clowns have died.
Top

Just to make sure, your controller does work correctly with other games?
Top

Innocuous wrote:Just to make sure, your controller does work correctly with other games?

Yes. And the .love file works fine in Windows. (All buttons seem to be correct if I run the .love under Windows)

I can tell it's being recognized by OS X correctly because of the driver's Preferences window itself:

All buttons show correctly in there. Only this .love is reporting them incorrectly.

Can someone else with OS X please try this out? (You'll need to install the OS X 360 driver since OS X doesn't have native support)
This is my Twitter. I say funny things sometimes.
You can get in the car and you can drive the car, but when you get to the Circus, it's always closed and all the clowns have died.
Top

It's look like that, on Mac, the axes are shuffled and the Dpad is recognize as buttons.
Run the .love linked, it's will show how the controller is mapped.

getting the xbox360 controller to work on multiple platforms (especially since we don't have SDL2 yet) is a huge hassle, especially when it comes to windows.

josefnpat, this script is great, actually. I'm gonna borrow axis and buttons mapping from it to use by default for XBox360 mode in my lib.

EDIT: I tried to run the whole thing and, sadly, it doesn't work. It is, in fact, throws an error while throwing an error. Tried all configurations to no avail, goes with the same error, saying that .dll is corrupted or something, while LÖVE throws an error about invalid UTF-8.
Last edited by raidho36 on Wed Jul 31, 2013 11:05 am, edited 1 time in total.
CTRL - input handling | some Lua libraries
Top

Too bad they can't just build official support into 0.9.0. That way it can be sure to work on all three OS'. Imagine also being able to access the vibration feature.


Walz. wrote:It's look like that, on Mac, the axes are shuffled and the Dpad is recognize as buttons.
Run the .love linked, it's will show how the controller is mapped.

Okay. If this helps, here's my findings:

Note: Windows doesn't let me use the Xbox logo button but OS X does. So Windows reports one button less than OS X with 4 of them being on one input. And one less joystick with two sticks being merged into one. This is while using the Tattieboogie Xbox Controller driver on OS X (The closest we can get to official) and the built-in official MS 360 driver on Windows. Personally I prefer the way OS X handles it. Each thing gets its own input and it even lets me use the Dashboard button which could be useful if it were supported across the board.

Hopefully this helps you maybe implement official detection of the OS and proper support for the library. I'd love to use it worry free in my game. I just wish the two triggers weren't merged on Windows. What if I need to use both of them? Hypothetically of course. You can't because either you use the left or the right. Trying to use both ends up canceling each other out.

Also... what are Balls? I only learned what Hats were when I plugged it into Windows. But Balls doesn't show for either OS for me. (Trackballs?)
This is my Twitter. I say funny things sometimes.
You can get in the car and you can drive the car, but when you get to the Circus, it's always closed and all the clowns have died.
Top

I think ball are for this kind of controllers : 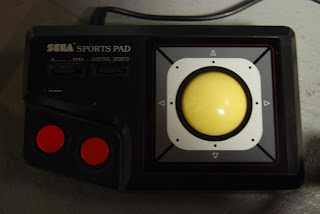 I don't know either, why we can't use both triggers on windows...
I thinks, I gonna add the home button (even if it will be unusable on windows) and stay with one value for the triggers (sadly...).