this is the first game I completed with löve. It`s a first generation style shoot em up. 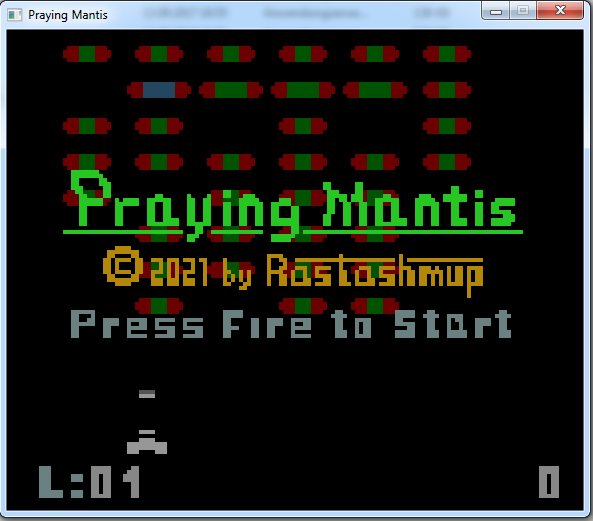 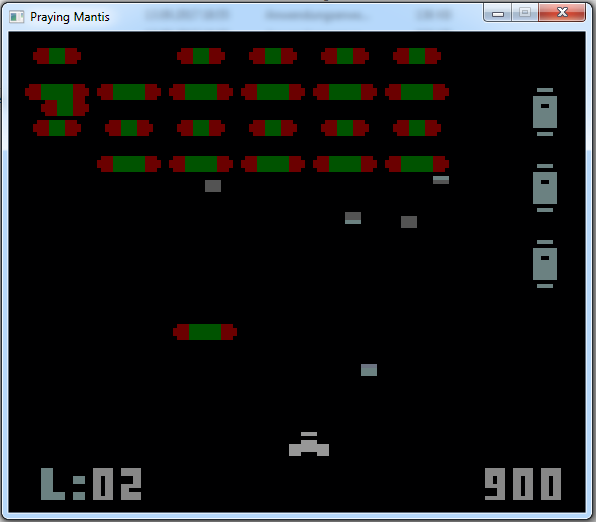 You cannot mix inputs. Once you start the game with an input device you are stuck to that input for the rest of your play. When the game is over and you are back to the titlescreen you can choose a different input for the next play.

You will play through 29 regular levels before encountering a boss enemy in Level 30. After a short ending, you will then enter a endless game where levels will be picked at random out of 10 extra hard levels. This is where you keep playing for highscore.

There is also a cheat to start the game right with the random levels. I added the cheat because I found that those later levels are more intense and more fun. If you played the game the normal way you would likely have run out of most of your lifes before you even get to the fun part.

Here is how to start the game with the random level cheat:

Keyboard: Start the game by pressing "c" instead of fire

Mouse: Start the game by pressing the middle mousebutton (or by pressing
down the mousewheel) instead of pressing fire

Gamepad: Start the game by pressing a shoulderbutton instead of fire

I programmed this game in a little less than two weeks. The work on this project started on September 16th and ended on September 27th. The .exe was created on September 28th. I delayed releasing this game because I wanted to first test it on a Windows 10 system before posting it here.
I`m going to program more first generation style shoot em ups, but with a better quality than this one. The best inspiration I have for that, is the game Gorf on the Commodore 64. It has multiple different level themes, a boss level and an overall nice look and feel. I think it`s the best shoot em up of the first generation.
What I`m planning to do is to code an overall of 10 first generation style shoot em ups and sell those in a package. It`s a long way to go.

For now all there is to say is: Thank you for playing "Praying Mantis".

I testplayed a bit on Windows 10, it worked well and feels retro.
The first 3 levels felt bit slow/boring, so I went to the random levels.

The way to select input-methode is impossible to figure out without reading your explaination.
After starting the game I clicked it to get focus - not knowing that this would select mouse-input.
Maybe also show key-mapping ingame. I had to return to the thread a second time to figure out that Z is fire.
So I had to start the game 3 times before I could actually play, which is a high -and avoidable- barrier to players who might only be mildly interested.
Fullscreen would be nice.
Top
Post Reply
2 posts • Page 1 of 1