Arena takes place in the same universe as Light from the Deep and features the same creatures and similar gameplay elements, such as melee combat, magic casting, some platforming and stamina management. It draws inspiration from traditional PvP arena games such as Unreal Tournament. The game also comes with a level editor!

If you have any feedback feel free to share it here! 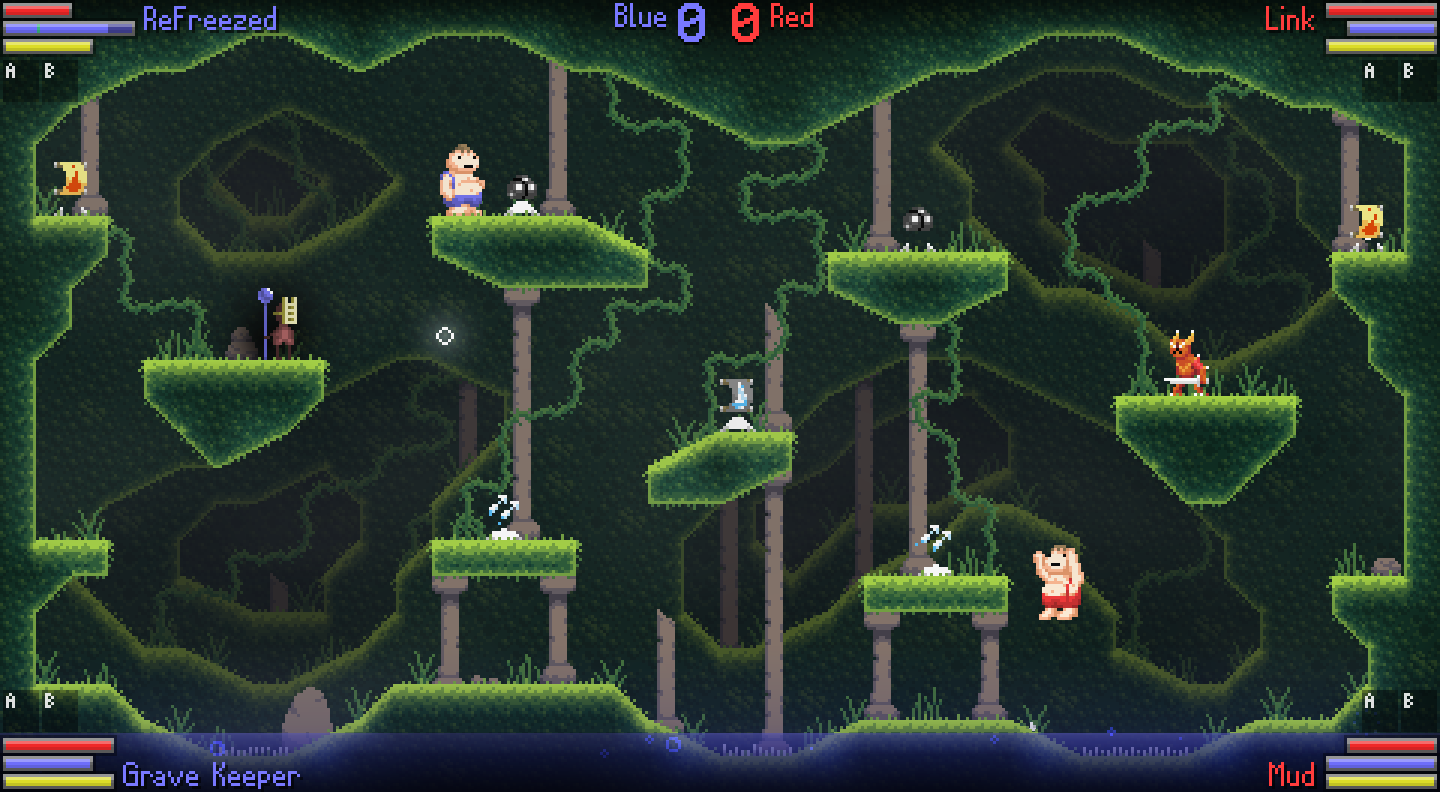 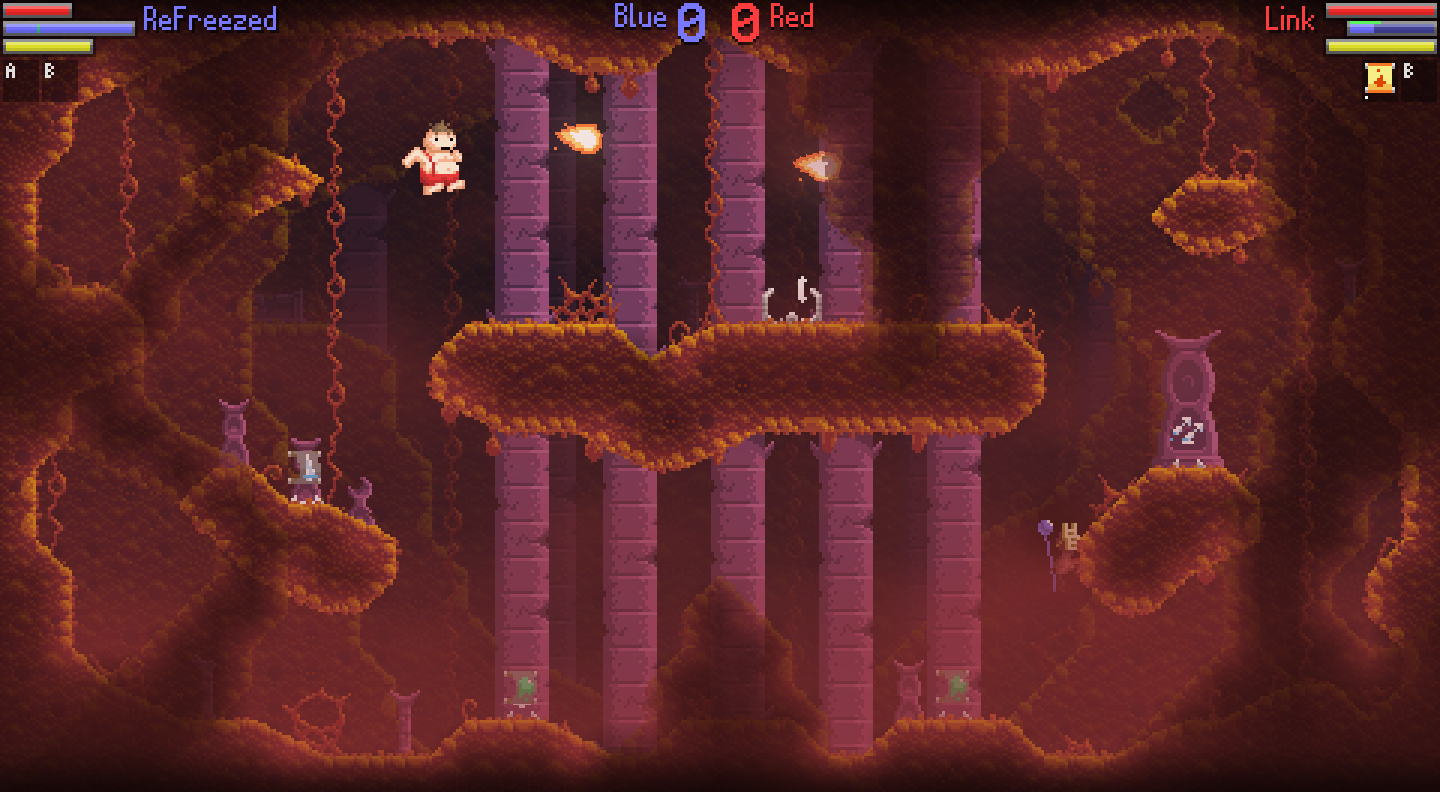 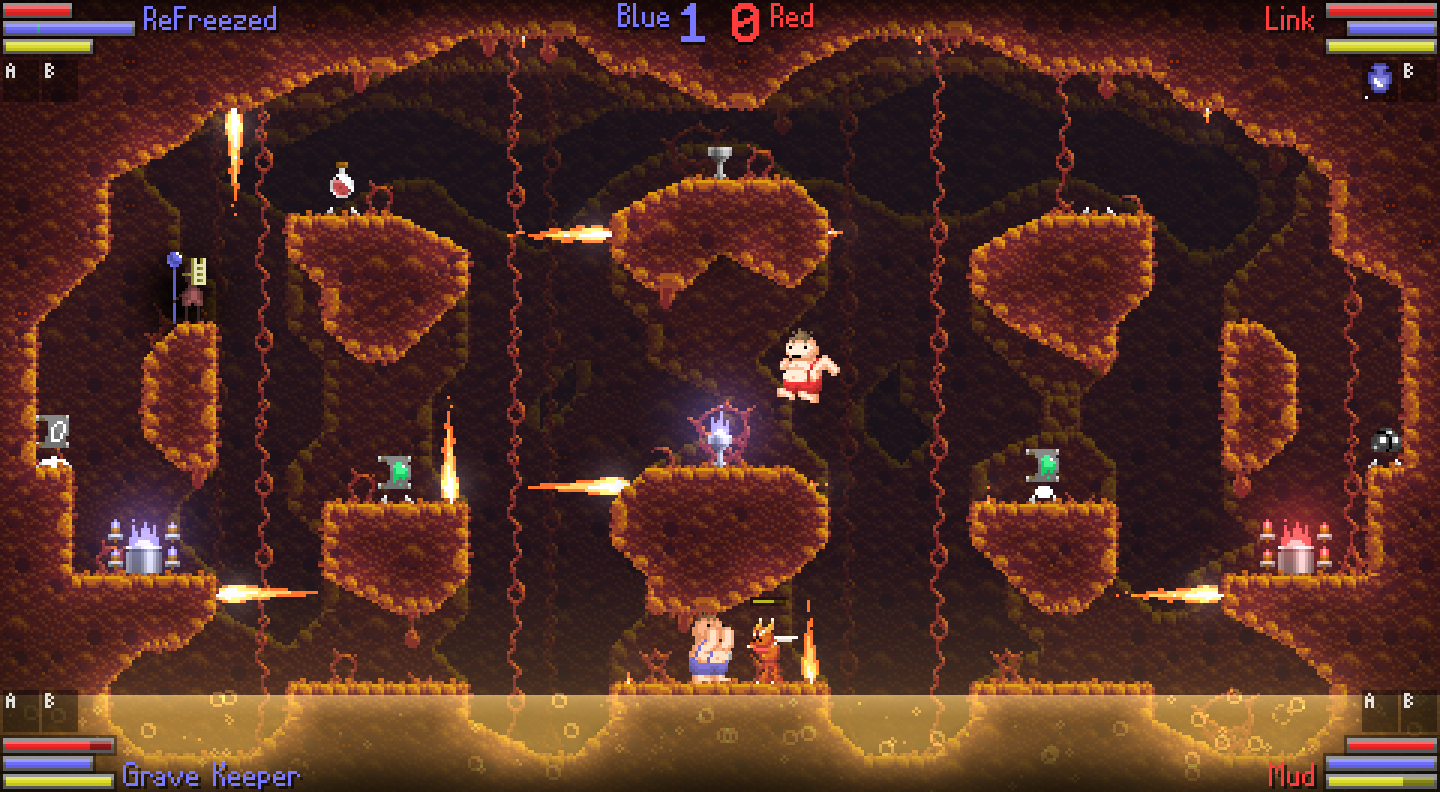 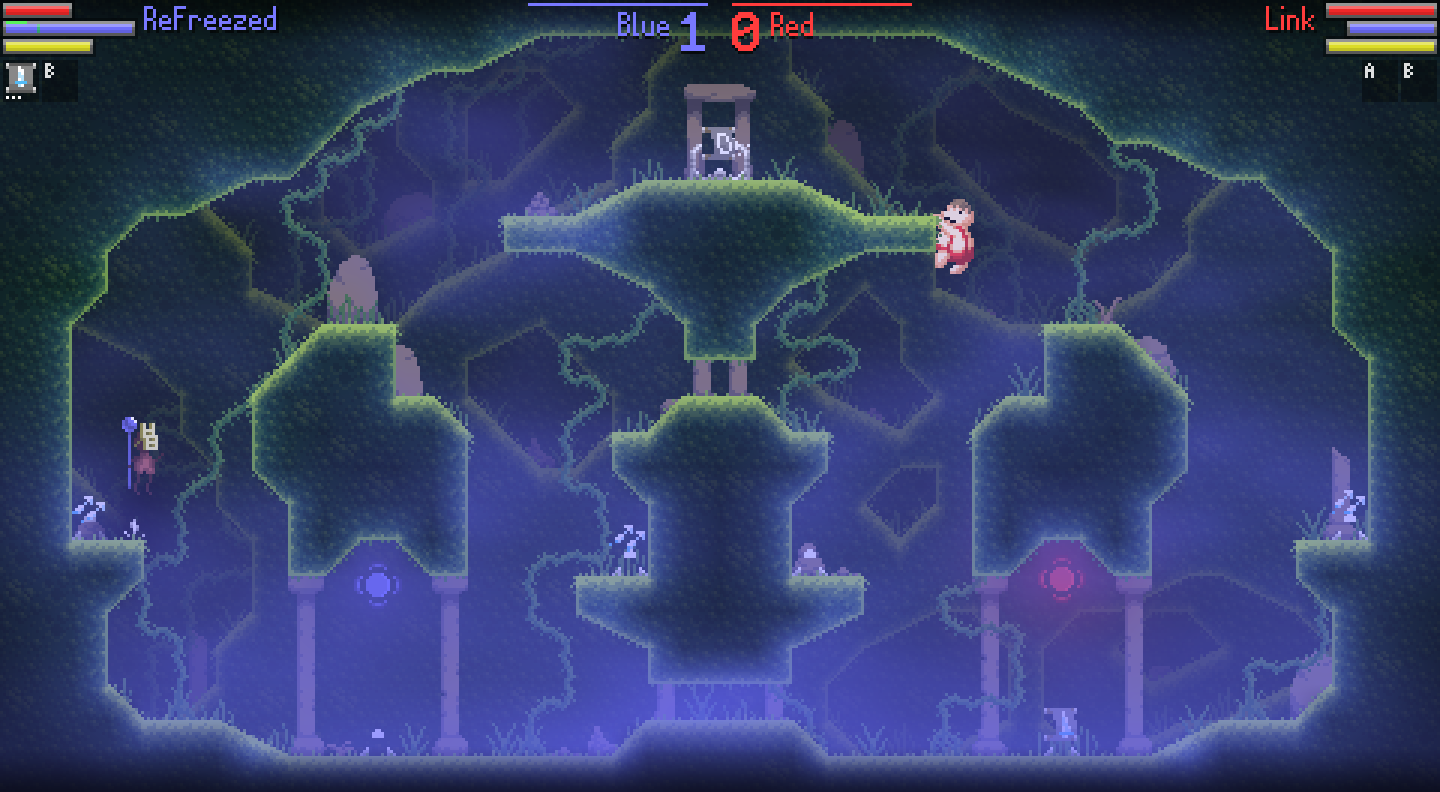 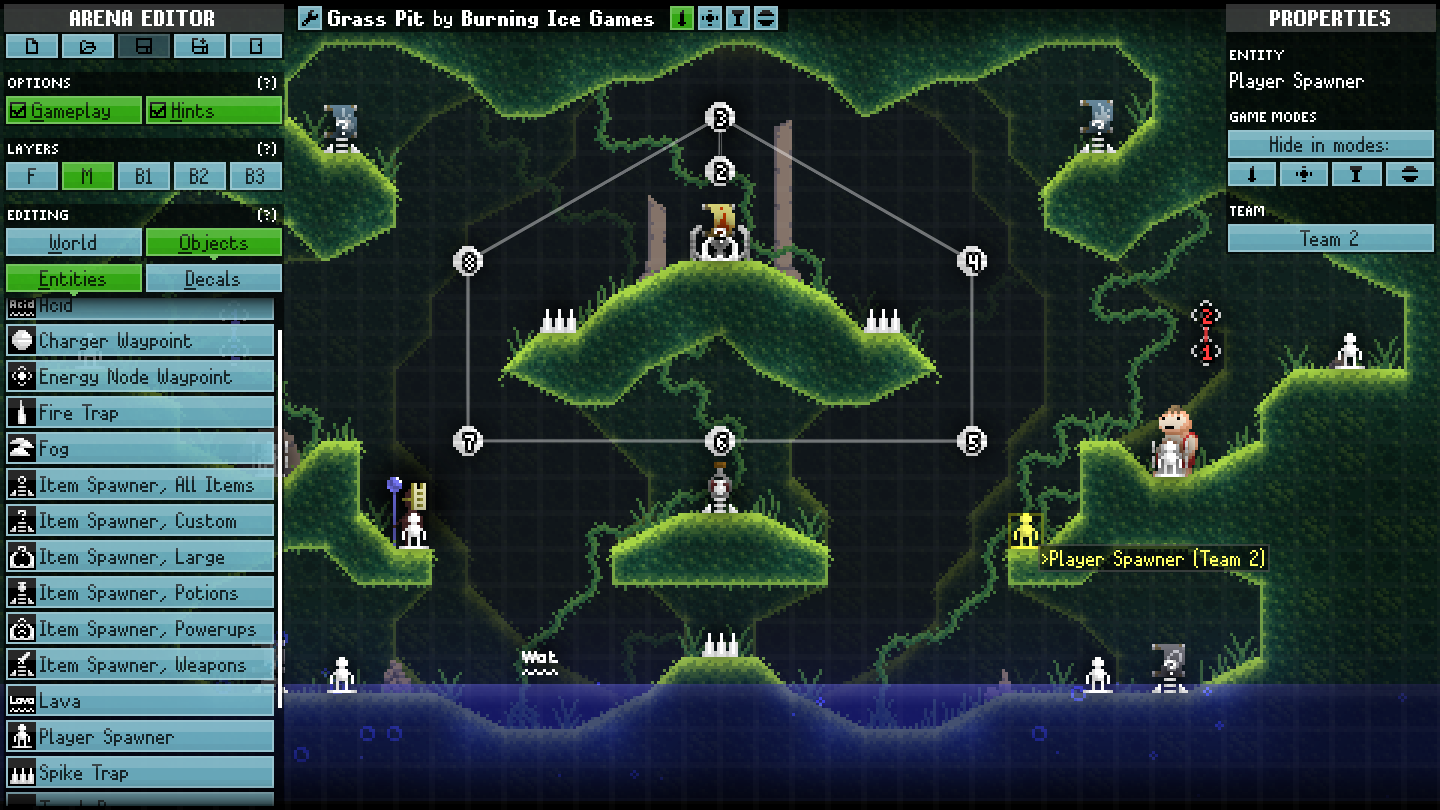 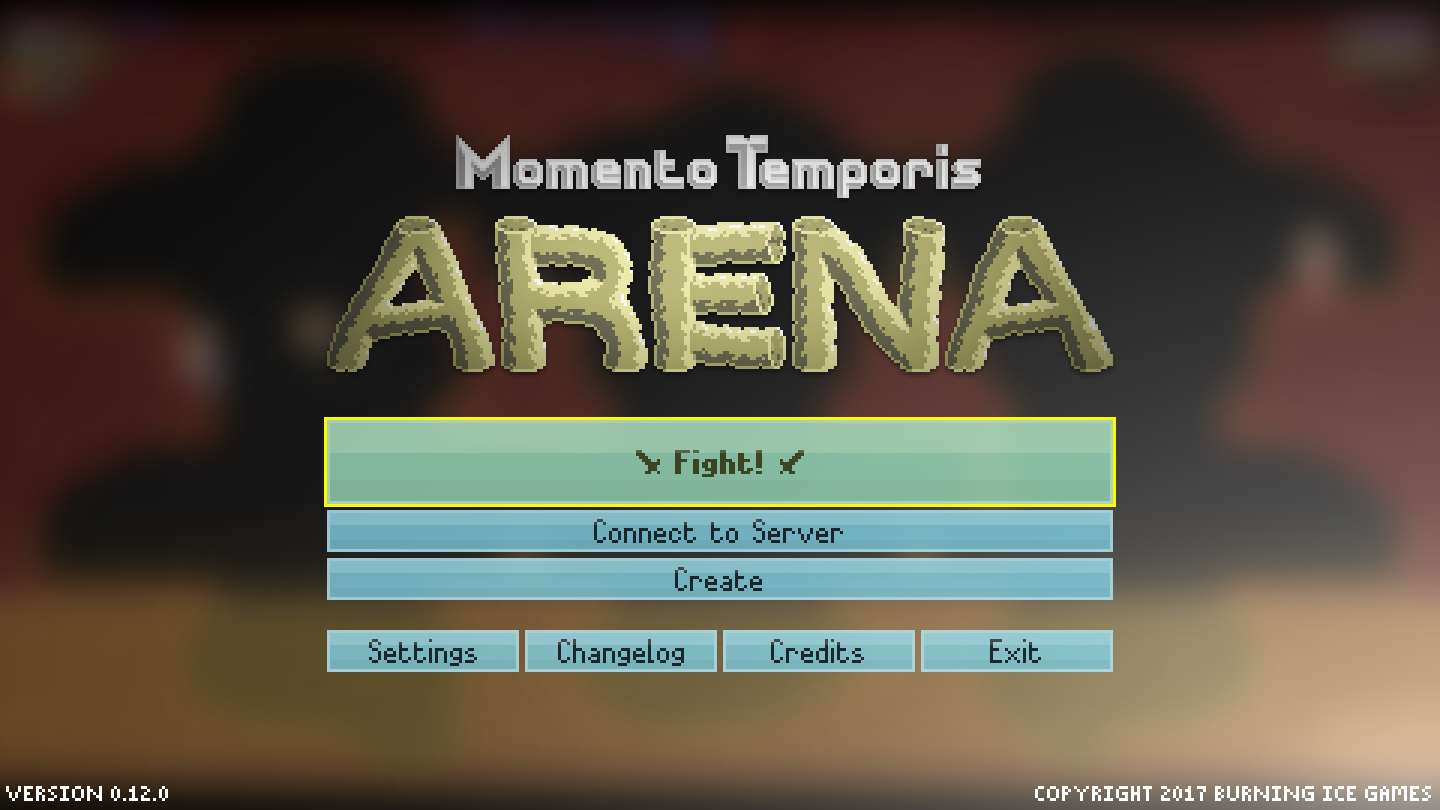 by robotron9000
I tried this by myself (sad) and it seems to control really well. The magic powers seem great. The graphics are awesome. The whole thing really looks AMAZING.

Sadly I don't have an Xbox controller, so no chance of giving it a shot with some actual competition. Is there a way to play with two players on one keyboard? I think that could be really fun. Like one players on WASD, and one on IJKL. This also gives the opportunity for hilarious/annoying actual physical jostling at the controls.

by ReFreezed
@robotron9000
Thanks a lot for trying out the game! I'll put "allow multiple players on keyboard" on the TODO list.

It's probably a good idea to also add a settings page for changing keyboard bindings, in case the default layout doesn't work well.

The thing about jostling actually gave me an idea for a new spell that would allow you to take control over your opponent for a short while, or reverse the controls or something like that.

This update adds sounds to the game! Also, the editor now has buttons that show what game modes the current arena supports. Some other smaller things were also added/tweaked/fixed. Read full changelog 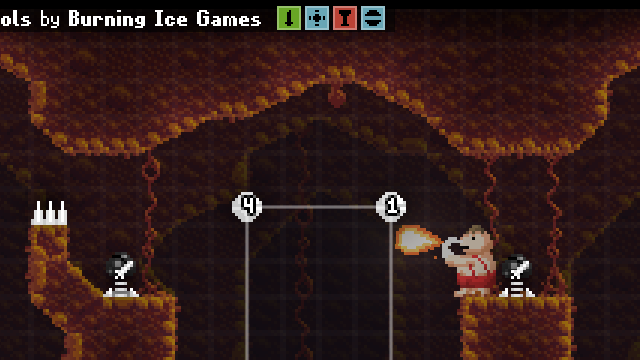 It's now possible for 2 players to play on the keyboard. Keybinds can also be changed. Read full changelog 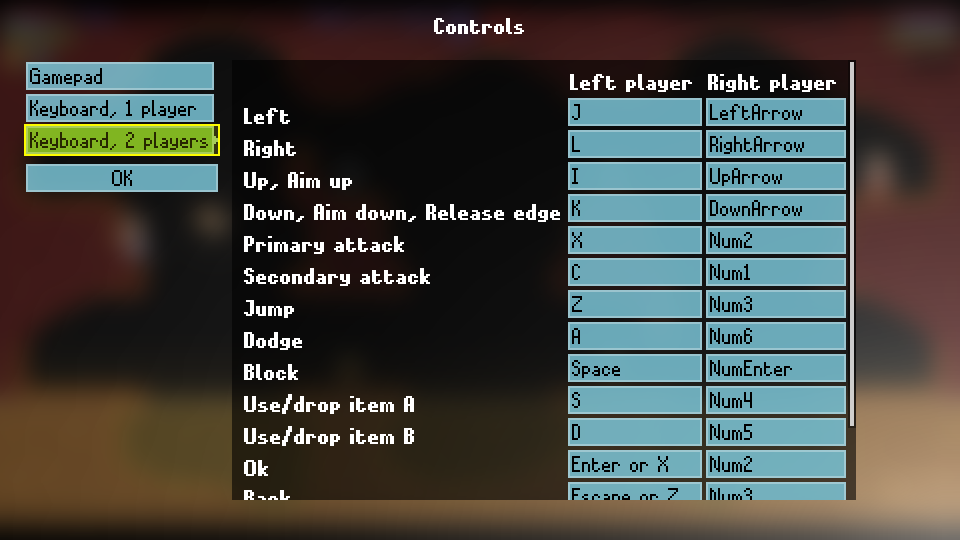 by fullweeb
I'm curious, how are you saving the arena to a file? I saved one and couldn't seem to find the actual file. Only asking since I'm not too well versed in LOVE.

by ReFreezed
There's a button with a folder icon where you load an arena in the editor that should open the save folder. Otherwise they are in these folders:

This update adds a new arena: Proving Grounds. More decals have also been added to all themes in the editor. And as usual, some other smaller things have been added/tweaked/fixed. Read full changelog 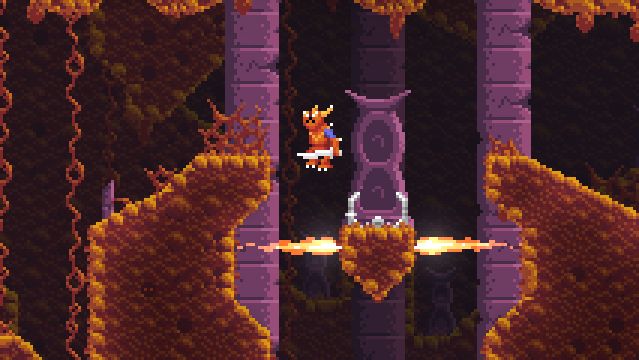 This small update makes it possible to configure uncommon/unrecognized gamepads. Also, when dying, a spirit now moves between the death and respawn locations. Makes it easier to see where you're respawning. Read full changelog

This is also the first version to appear on the brand new itch.io page for the game! I figured that's a bit better than having a folder on Dropbox. 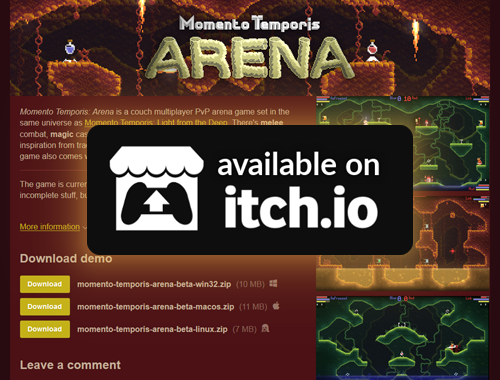 by xNick1
Nice one, man! It looks great
All times are UTC
Page 1 of 2