Wojak wrote:The rules you use aren't the same as in the tutorial:

Yeah I played with it until it felt right.

Thanks again, I never would have thought to use conway's game of life concept for this.

I'll play more with this, and maybe figure out procedural generation for pages and the like.

Zilarrezko wrote:I see, using the 3 dimensional noise and a seed as a Z is pretty clever.

Looks like a good base, though a little too random for my taste. I could probably think of some things to make a clump of mountain tiles be together, and surround and all water tiles with sand, and keep mountain tiles away from sand tiles and make a group of forest tiles. Though I think I would hit a wall very quickly.

noise.png
And I think I see where you are going with the scale. If I had a X scale and a Y scale, I still do a pages concept and every page, let's say to the right I would just have XScale + 1 and I would guess it would continue the generation seamlessly. But I don't think that's how noise works, and I still might get something like a cliffside of a mountain gets truncated and ends up straight into a water tile or something like that.

I don't know about you, but when you have a very high number for the seed, does the noise value just end up being 0.5 for you?

You should get something like this, feel free to modify the values to enlarge ponds, or mountains, etc. 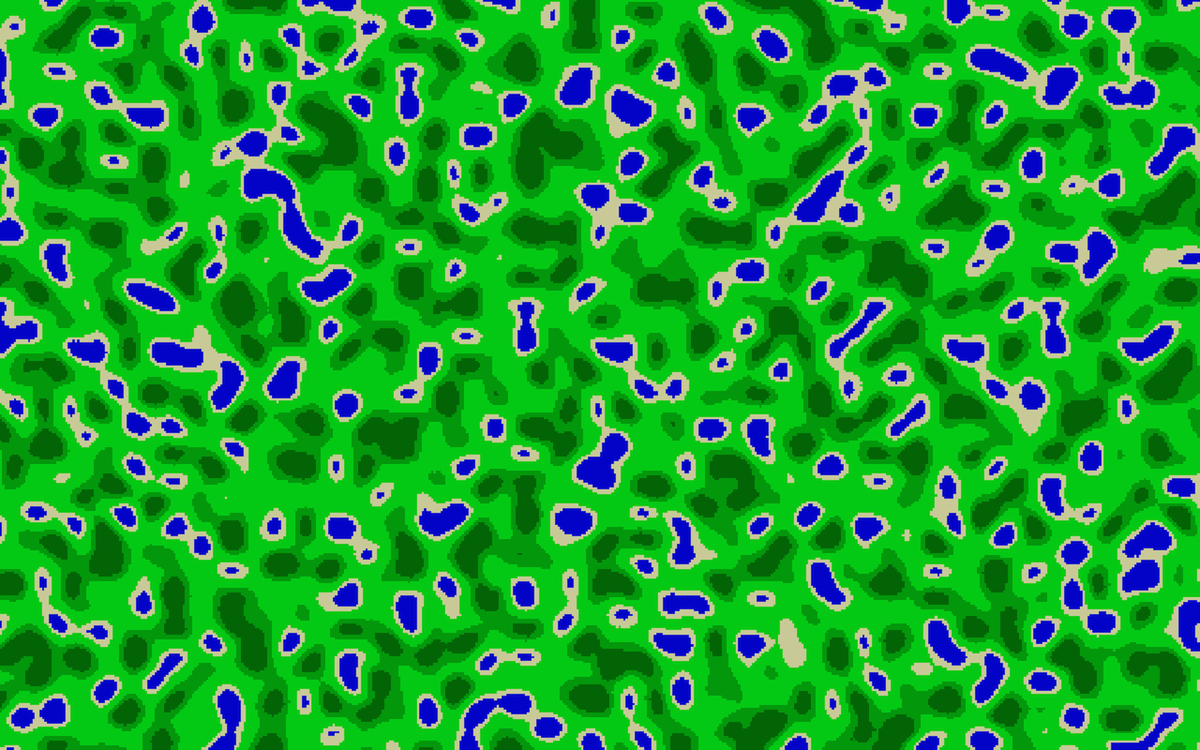 As for the big number, I'm having the same issue. Not a real problem if you want to work with os.time(). Just modify the value so that it keeps only the last few digits, and it should be working like a charm.
Top

Yeah I would imagine that just modulusing os.time would easily solve that.

Users browsing this forum: No registered users and 23 guests