First, I need a coffee.

We do have an idea and are well underway, but my progess is sloooow. I really shouldn't have gone out yesterday... or maybe I just should've taken an aspirin when it still made sense 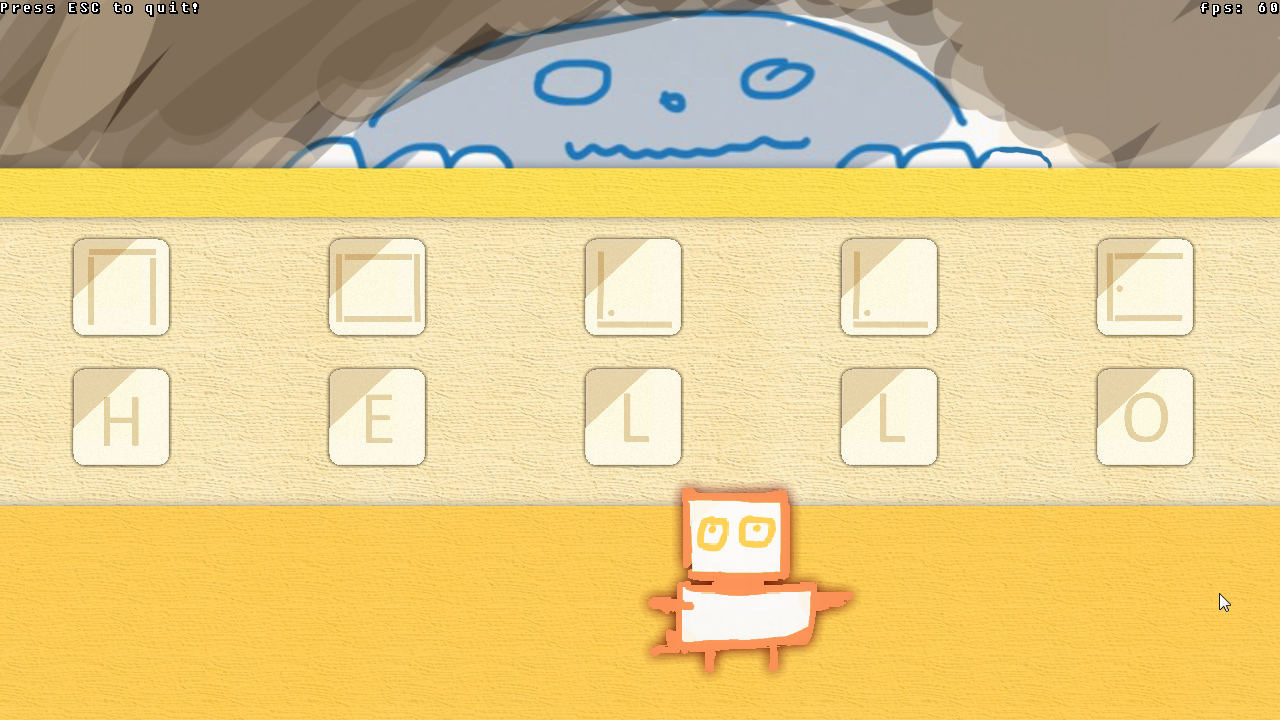 Here's what we have so far:

phew this is exausting... I still can't decide what to do with what I got: Wanted to tell the world about the game I just made for LD32, but your screenshots put me to shame.

My unconventional weapon is pretty lame, I guess many will have the same. Also, at the moment, it's too hard and not very fun. I have plans to change it, but time will probably be lacking.
Top

Might have focused on the small technical a little to much. Art have suffered as a result and no sound at all.
It really looks like paper though.

First time in the compo (twice Jam before). Now I'm going to bed, see you in a week or so

Löve tutorial series
All of our Games
Twitter: @WindmillGames
Top

Yes, the unconventional weapon is merely some attractor, that you must use to deflect the enemy shots back toward them. I know, it's lame and unoriginal, there must be hundred of submissions based on the same idea.

So, as the compo ended, I switched to a new mechanic, where the unusual weapon are instead the enemies themselves! I know, it's even less original, I already saw other submissions with that gimmick, and I haven't yet started looking. So you catch enemies with chopsticks (I hope this count as unconventional weapon?) and then, presumably by stirring their entrails with said chopsticks, you force them to use their special ability at your will.

As you can see, the goal is the same, it's just more convoluted.

Here is my entry: