Show off your games, demos and other (playable) creations.
Post Reply
33 posts

Put them in the ext/ folder relative to the executable. You should have libmapp.so, libbmashina.so, and libnbunny.so. They just require Premake5 to build and Lua dev libraries. Also copy B/ from basmashina/lmashina/lua to ext/.

Then you need to build my custom fork of Love2D:

Then just zip up https://github.com/aaronbolyard/itsysca ... /itsyscape. There's command line options /debug and /f:mobile; the former enables a debug mode/camera/actions & the latter uses the mobile renderer which is much faster even on desktop. (It's still not fast enough on mobile, ~10 FPS on my devices, RIP).

I see you haven't found the source code release on their github? Look harder, it's there.

Thank you for using 'their'

. I know it's not obvious but my pronouns are they/them/theirs so that was nice.
ItsyRealm, a quirky 2D/3D RPG where you fight, skill, and explore in a medieval world with horrors unimaginable.

You can slay a squid: https://www.youtube.com/watch?v=9xrIywbR-LY 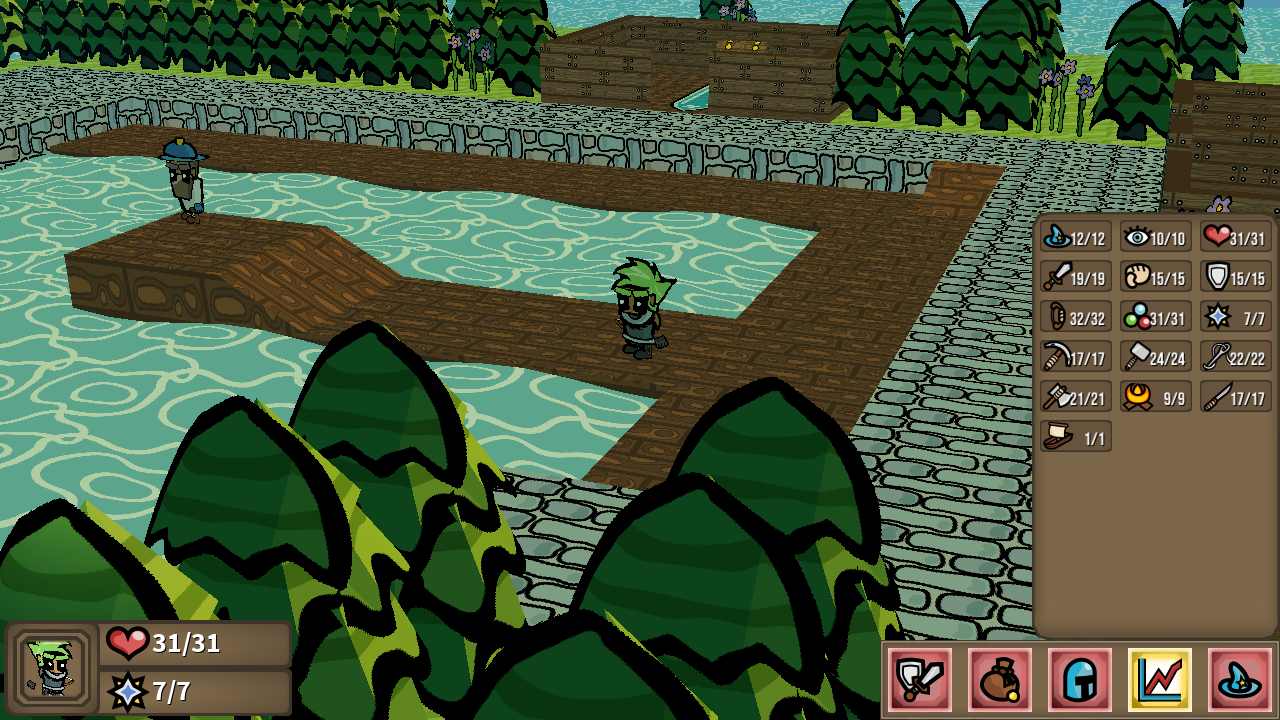 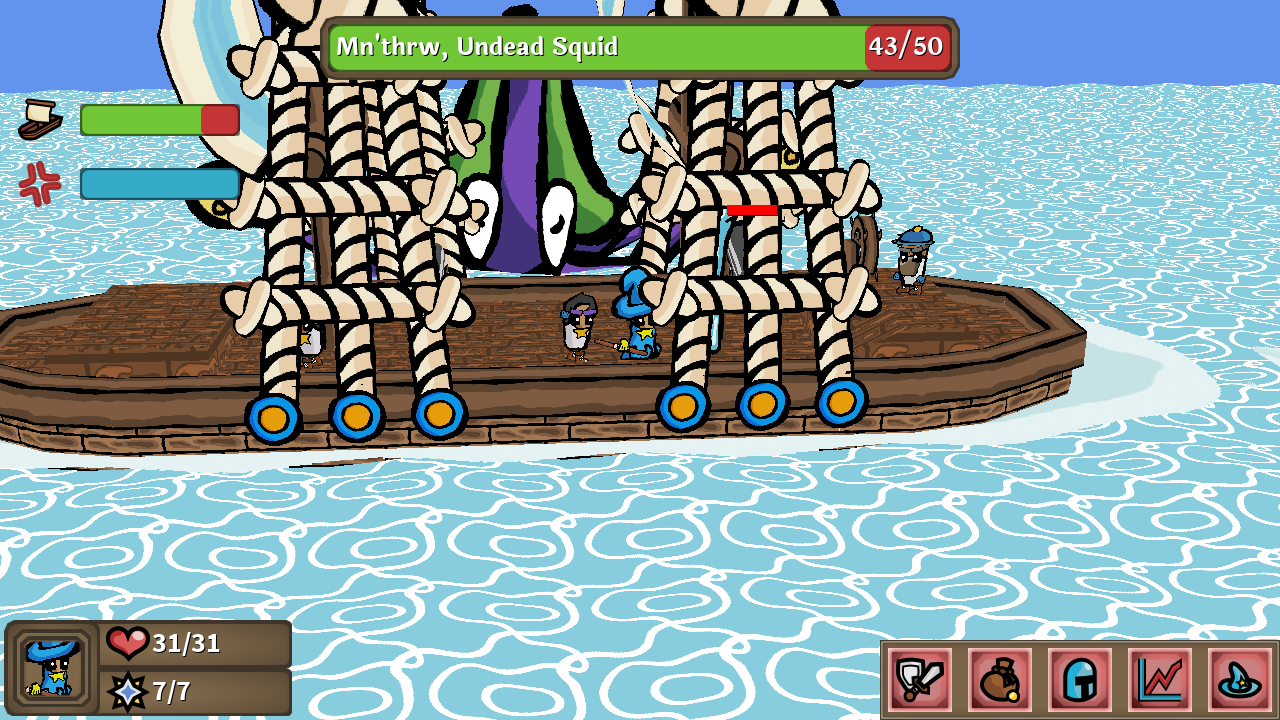 Download it from GitHub or from the main post!
ItsyRealm, a quirky 2D/3D RPG where you fight, skill, and explore in a medieval world with horrors unimaginable.

I added another alpha. This version includes the first floor of the High Chambers of Yendor, three prayers for each combat style (usable via the new prayer tab in the ribbon), and the Nominomicon (a useful book that lets you view your in-game progress and guide you on what to do, also on the ribbon). Side note: the nominomicon says some stuff that I haven't added as features yet so if it says something you're unable to do that's why. 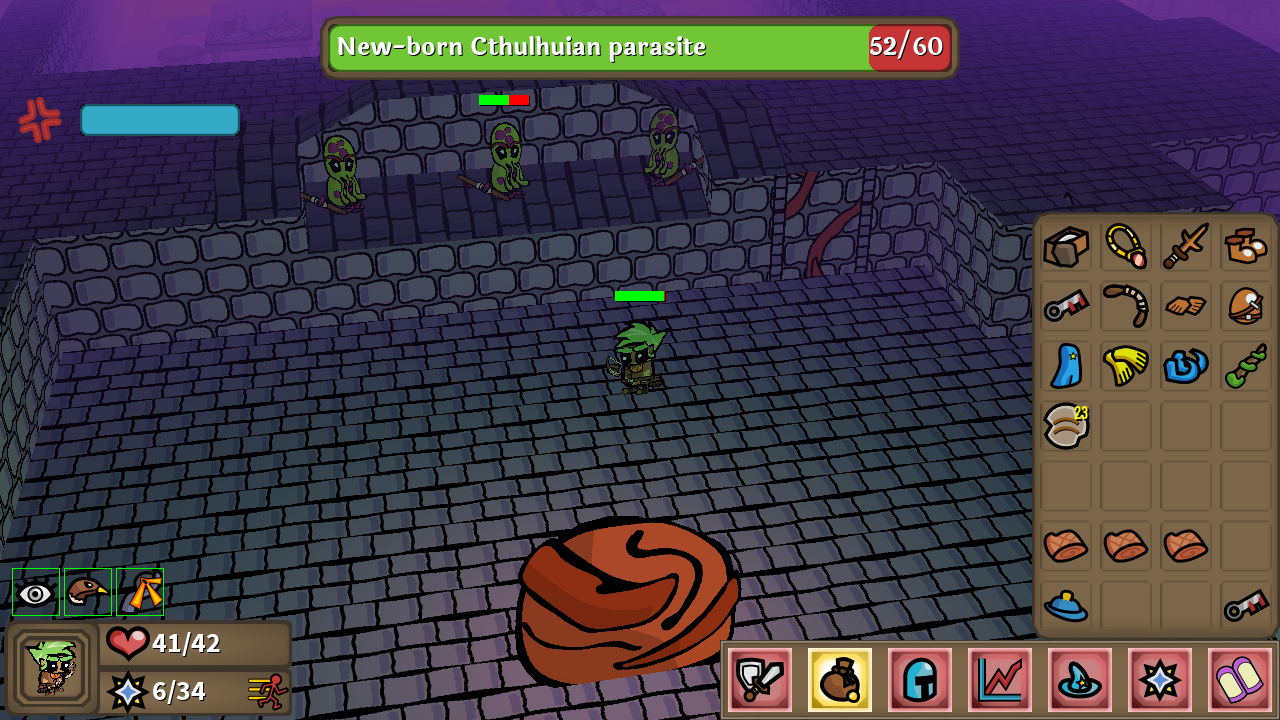 There's also many optimizations and bug fixes. No longer should random models vanish, user interface performance was greatly improved over longer play sessions, and some memory leaks were squashed.

You can download it from the first post or by clicking here.
ItsyRealm, a quirky 2D/3D RPG where you fight, skill, and explore in a medieval world with horrors unimaginable.

Warning: The rest of this is a boring technical update.

I've been working on a website, I'm hoping to get it up and running this week. It looks pretty nice. There's the website which is literally just two pages; the admin page which allows me to manage screenshots & downloads; and the API which will enable developing a launcher.

I think it looks pretty good though: 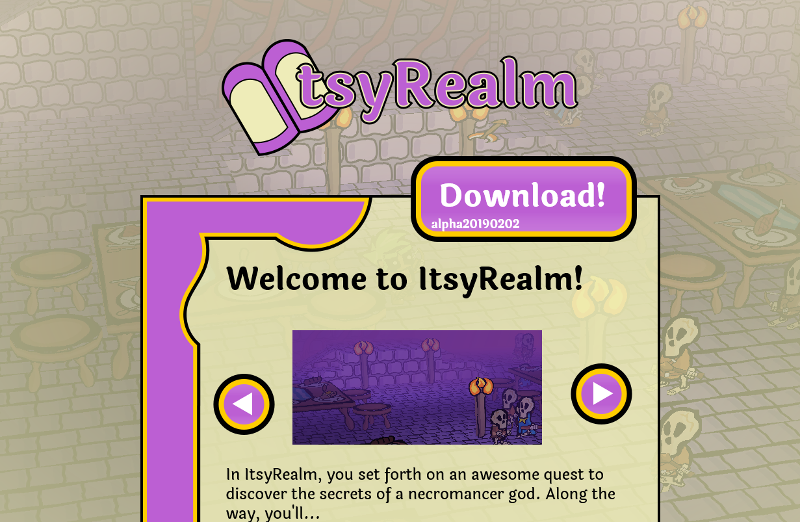 And so now I'm working on adding a launcher. (Small lie: working on analytics then launcher). The launcher will download the latest version of the game (if necessary) and then launch it. It's going to be a simple C#/WinForms app so it shouldn't be too hard to port to Linux / macOS using Mono. I'm planning on building Linux builds (macOS will come much, much later) prior to launching the demo.

I've had a few hundred downloads and only a handful of comments. (The latest release on this thread alone has 50 downloads!) Since I'd like to try and approach publishers in the future, I need data on play time, retention, etc when I launch the demo. There will be an opt-out mechanism (just run ItsyRealm.exe with /f:anonymous at the command line; it's a one-time thing unless you reinstall it or something like that). Analytics are pseudo-anonymous (they can't be linked to a specific player or person) but I'd like to give players the freedom to opt-out anyway.

I'm also adding a title screen and save select. This means multiple save files

. The title screen is gonna show areas of the game (only Isabelle Tower right now) in a Yoshi Island sort of way:

Unfortunately I'm going to need a code signing cert which runs upwards of $400 when I launch the demo so I don't have to deal with SmartScreen (that 'feature' is just a racket of Microsoft pushing the UWP/Windows Store platform, in my grumpy opinion) and have potential players freak out. But that's still about two months away...

It sucks, I want to be working on finishing the content but these little-big things need done at some point and I'd rather get them out of the way.

tl;dr: website, launcher, analytics incoming over the next couple weeks. As far as content, title screen & save select.
ItsyRealm, a quirky 2D/3D RPG where you fight, skill, and explore in a medieval world with horrors unimaginable.

This looks really fab. What do I need to do to try it on a Mac?
Top

Seriously though, there's build instructions here for Linux, it should be (relatively) the same for macOS: viewtopic.php?p=224592#p224592

The game is portable, it just has a lot of custom dependencies. I mean, I have it running on Android, for example...
ItsyRealm, a quirky 2D/3D RPG where you fight, skill, and explore in a medieval world with horrors unimaginable.

I finished the ItsyRealm website! You can visit it here: https://itsyrealm.com

And double-feature! It includes a launcher that downloads the latest version of the game. Requires .NET framework 4.5.

Now time to package up a new release of the game with the title screen... Have to deploy the analytics part of the site, bummer. Tomorrow!

It includes a lot of improvements, most importantly a title screen: 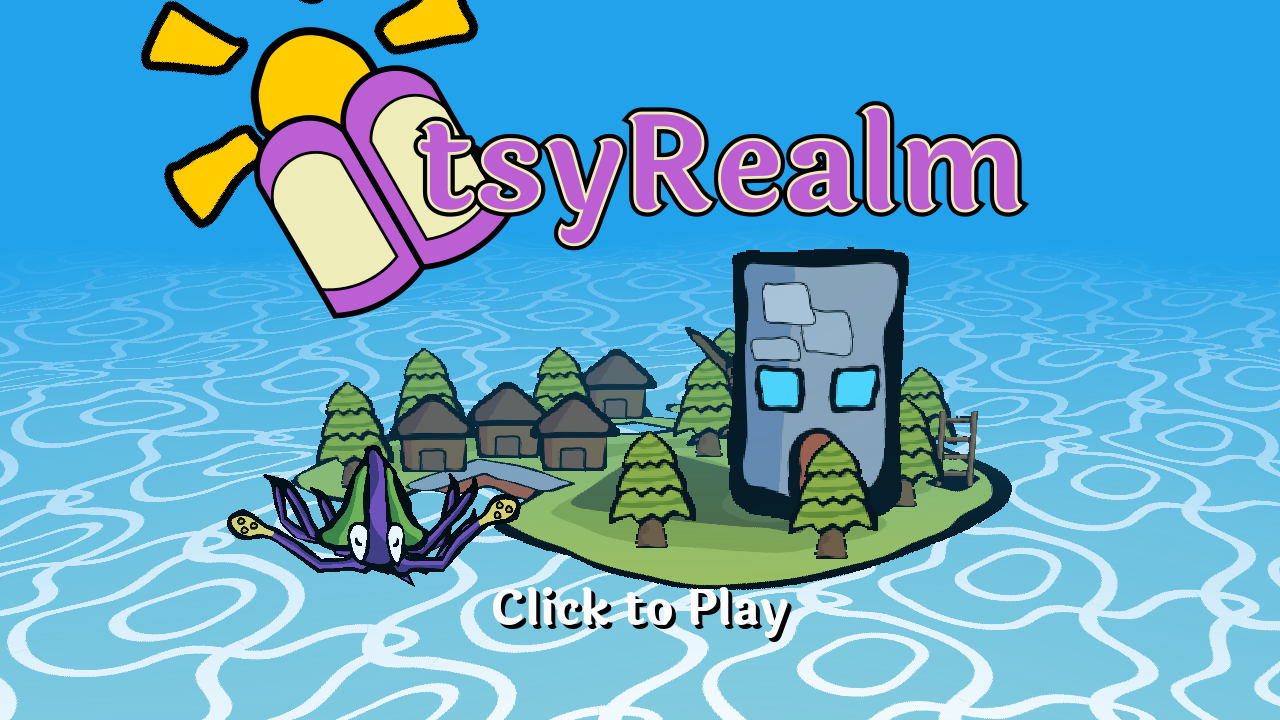 I'm planning on supporting Linux 64-bit soon. Just gotta get a build environment set up on a VM.
ItsyRealm, a quirky 2D/3D RPG where you fight, skill, and explore in a medieval world with horrors unimaginable.

I haven’t played Runescape unfortunately, but I love your art style. Always been a fan of 2d/3D blending.
Top

A nicer one will come out when I've finished the High Chambers of Yendor + polish...
ItsyRealm, a quirky 2D/3D RPG where you fight, skill, and explore in a medieval world with horrors unimaginable.